A Foodie's Road Trip Across Nebraska in 10 Stops

Our writers road-tripped across the state to share Nebraska's bucket-list eats with you, hungry traveler.

1. Black Cow Fat Pig, Norfolk If you see Michael and Amber Behrens at the Norfolk Farmers Market, watch what they buy—it could end up on the menu at the couple’s restaurant, Black Cow Fat Pig Pub & Steak. These native Nebraskans put a special emphasis on local. Much of their pork comes from Norfolk’s own Kuper Farms; produce is gathered from area growers. The results are seasonally inspired, farm-fresh and scratch-made whether you’re craving something casual or more refined. Specifically, look to the rotating selection of flatbreads and macaroni-and-cheese dishes, sometimes studded with brisket smoked in-house. Watch for specials from a turkey-and-bacon melt sweetened with local pear chutney to steaks hand-cut and aged onsite. Pair your meal with a Nebraska craft beer or cocktail—maybe the Nebraska Mule, mixed with vodka and ginger beer from Omaha’s Brickway Brewery & Distillery. And don’t leave without dessert—the homemade carrot cake and seasonal cheesecakes here have earned their own following. —Editorial staff

2. The Chocolate Bar, Grand Island From-scratch cake so moist, you know it starts with real butter. Rich, homemade chocolate frosting with hints of vanilla and almond, topped with a drizzle of hazelnut ganache and a sprinkle of dark chocolate shavings. This family recipe—simple but well-executed— for Old Fashioned Chocolate Cake leaves you screaming, “Worth it!” as do other desserts available daily by the slice at The Chocolate Bar: almond butter rainbow cake and carrot cake babies, cream cheese-frosted cake squares. What started as a historic building renovation to give Grand Island a downtown coffee shop has grown into this community gathering spot that Willy Wonka would approve of. It’s not a straight-up candy shop, though you can take home a house-made chocolate bar. To keep this description short and sweet, expect a modern setting with chocolate for any mood and time of the day—from chocolate-hazelnut French toast and tiramisu lattes to chocolate martini cocktails—along with a light café menu. —MeLinda Schnyder

3. The Grey Plume, Omaha Inside The Grey Plume, the scene is cozy and contemporary from top to bottom: Eye the sources of Chef Clayton Chapman’s ever-changing menu—think Morgan Ranch beef from Burwell and George Paul Vinegars from Cody—on the collaged map of Nebraska that spans one wall. White tablecloths topped with dinnerware, sculpted in Omaha using Nebraska clay, contrast floors of reclaimed barn wood. Inspired cocktails headline the evening before you cruise through the tasting menu or Chapman’s standards, including seasonal soups, garnished in the bowl and poured tableside. It’s your lucky night if TD Niche Farm’s Heritage Pork Tasting is on offer—the dish stars pork from the Elk Creek, Nebraska, farm prepared five ways and brilliantly presented. Across the street, Provisions by The Grey Plume creates and sells house-made condiments, jams and preserves in addition to divulging Chapman’s techniques during hands-on cooking classes. — Elizabeth Hey

4. The Mixing Bowl, Gering Chef Jamie Meisner established The Mixing Bowl with a handful of goals: to bring a well-executed menu emphasizing local ingredients to Gering, to keep the atmosphere casual and to honor the Midwestern style of German cooking she learned in her grandmother’s kitchen. So take a cue from the locals who stream in for breakfast (including Sunday brunch), lunch or nothing but baked goods—no one’s judging, and the diversity here is delicious. Try the breakfast burritos: pork layered with fluffy eggs, melty cheese and Meisner’s salsa on a locally made tortilla. For lunch, opt for the pineapple express burger, a flavor infusion with peach-habanero sauce, grilled pineapple and bacon. Just don’t leave without checking the bakery case—it’s where Meisner really lets her heritage shine. Amid cupcakes and cinnamon rolls, eye for German-inspired pretzels and grebel, a doughnut of sorts that tastes best right out of Meisner’s kitchen with any of her restaurant’s espresso drinks. —Editorial staff

5. The Peppermill, Valentine You may know it as the “Cornhusker State,” but Nebraska has also been nicknamed the “Beef State” because of the 6.8 million cattle raised annually on its ranches. That makes Nebraska a fine place to order a steak. I like The Peppermill in Valentine. The restaurant’s grain-fed beef comes from area ranches. Working with a local grocer to prepare and age the beef makes it taste even better, according to Robert Joseph. The Peppermill owner is a sixth-generation rancher; third generation to run the restaurant. With steak in mind, I pass the temptations of entrees such as the Sandhills fish fry. I notice a menu dedicated to steak—eight different cuts from prime rib to sirloin—and take the server’s recommendation on the 14-ounce ribeye. The texture and taste are so good, I don’t add any sauces, though the restaurant’s steak seasoning, following the recipe of Robert’s great-grandfather, makes a flavorful souvenir. —Mike Whye

6. Sehnert's Bakery, McCook This family-operated bakery has been in business for more than 60 years. Stop in for bieroc, a savory blend of ground beef and cabbage wrapped in dough and baked ’til golden, gourmet sandwiches, espresso drinks and even live music. —Editorial staff

7. Prairie Plate Restaurant, Waverly While traveling the world with the U.S. Navy, Jerry and Renee Cornett cultivated an appreciation for local terroir, the conditions unique to a geographic area that enhance the qualities of its food. So when the couple followed Jerry’s Nebraska roots to Waverly, they brought with them a farm-to-table concept so pure, their restaurant and farm operate on the same grounds. In fact, certified-organic Lakehouse Farm provides nearly all of the produce presented at Prairie Plate Restaurant. Meats, additional produce and other items are sourced from regional growers and artisans. Visit the restaurant to take in pastoral and lake views as you dine on selections that change with the harvest; at a minimum, the Cornetts update the menu weekly. Past selections have included grass-fed bison meatloaf with sweet corn spoonbread and roasted Brussels sprouts, shiitake stroganoff featuring house-made fettucine and steelhead trout with buerre blanc and roasted potatoes. —Editorial staff

8. Shirley’s Diner, Omaha At Shirley’s Diner, rock ‘n’ roll music and warm aromas fill the air—the kind of aromas that tell you this is a place that knows comfort food. It won’t surprise you, then, to learn that Shirley’s is family-owned and -operated, and that it offers some combination of breakfast, brunch, lunch and dinner seven days a week. What should you order? In Nebraska, it’s never too early for chicken-fried steak. Try yours—hand-breaded, naturally—with sausage cream gravy, eggs and hash browns. For lunch or dinner, keep it simple with a BLT or cheese Frenchy (Shirley’s uses Swiss and yellow American cheeses, battered in crispy Corn Flakes and golden-fried, to create Nebraska’s indulgent spin on the grilled cheese sandwich). Or, go with Shirley’s nostalgic flow: Daily specials like the roast beef dinner represent classic home cooking, while “The King” burger calls on Elvis Presley’s favorite flavor combination: peanut butter and bacon. —Mike Whye and editorial staff

9. UNL Dairy Store, Lincoln The store got its start serving milk to students in 1917. Today it’s best known for scooping ice cream made by students. Order your cup, cone, shake, malt, float—even pints and quarts to go—in 10 regular flavors, including butter brickle and Scarlet and Cream, vanilla swirled with strawberry puree to represent the school colors. Seasonal favorites include German chocolate and strawberry rhubarb. The Dairy Store also offers student-made cheese, including the signature Husker, a white cheese with a flavor similar to Monterey Jack that was developed at the university. Coffee and espresso drinks are served here too, so you’ll be sure to rub elbows with students. Enjoy your treat alongside them, overlooking east campus through the Dairy Store’s glass wall. On a nice day, walk the tree-lined grounds while enjoying your treat. —Mike Whye and editorial staff

10. Verdigre Bakery, Verdigre The northeast Nebraska town this bakery is named for calls itself the “Kolach Capital of the World.” Indeed, the community celebrated its 50th Kolach Days festival in June 2018, complete with a parade and kolach-eating contest on Main Street. There’s never a busier time than festival time for Verdigre Bakery. Owners Pete and Mary Pavlik extend their hours during the festival to create hundreds upon hundreds of kolaches. Yet, the Pavliks never cut corners: Every kolach is shaped, proofed twice, filled and baked—almost completely by hand—in a process that takes up to five hours per batch. The result? A pastry in the old Czech tradition: round with just enough “fluff” to encase fillings such as poppy seed, cream cheese, cherry, apricot and blueberry. Order a variety to determine your favorite, and don’t overlook additional offerings such as bread, pies and cookies. —Editorial staff 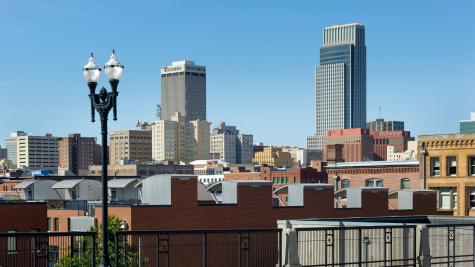 Mosey Around the Omaha Metro 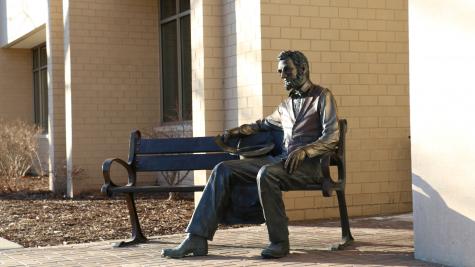 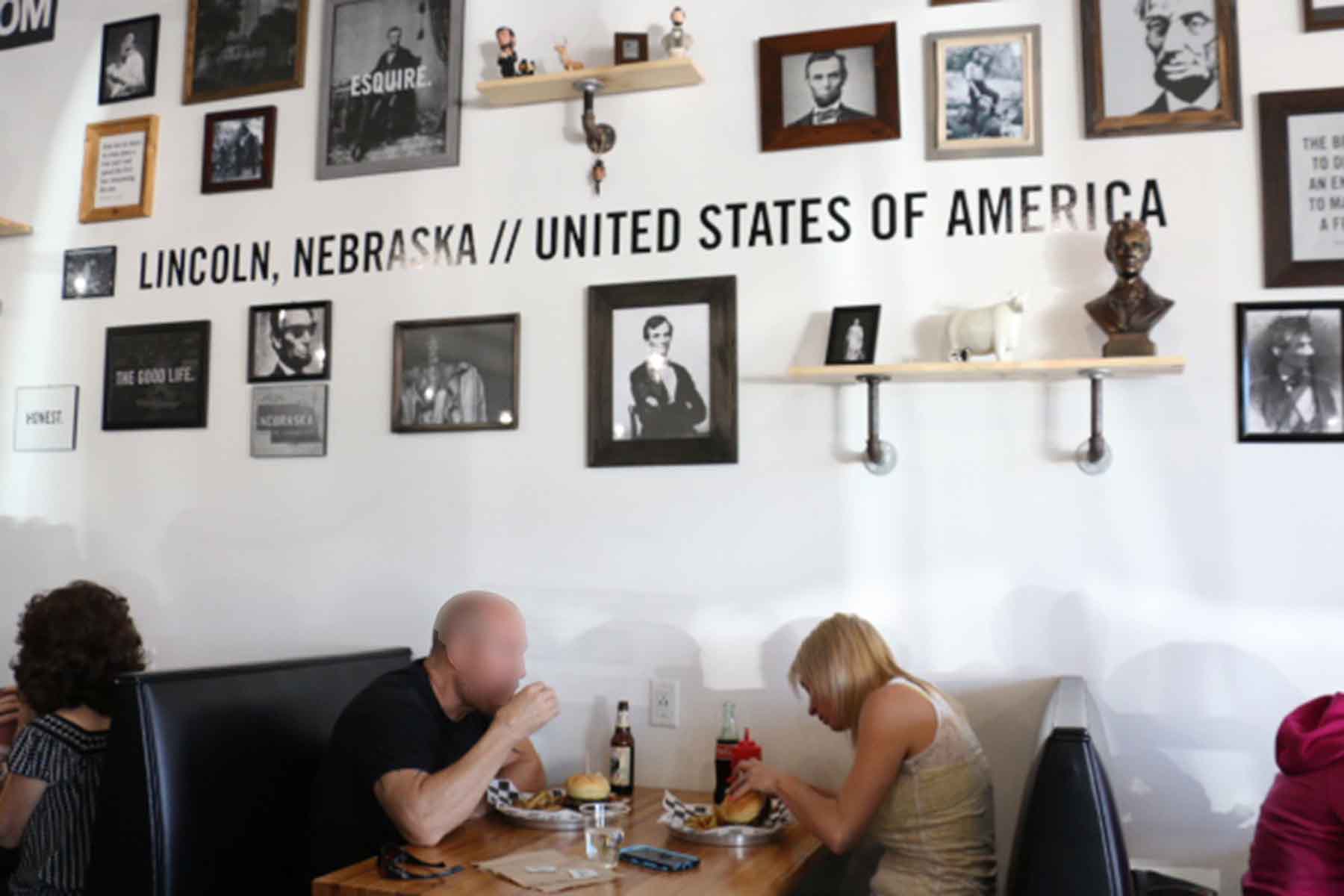