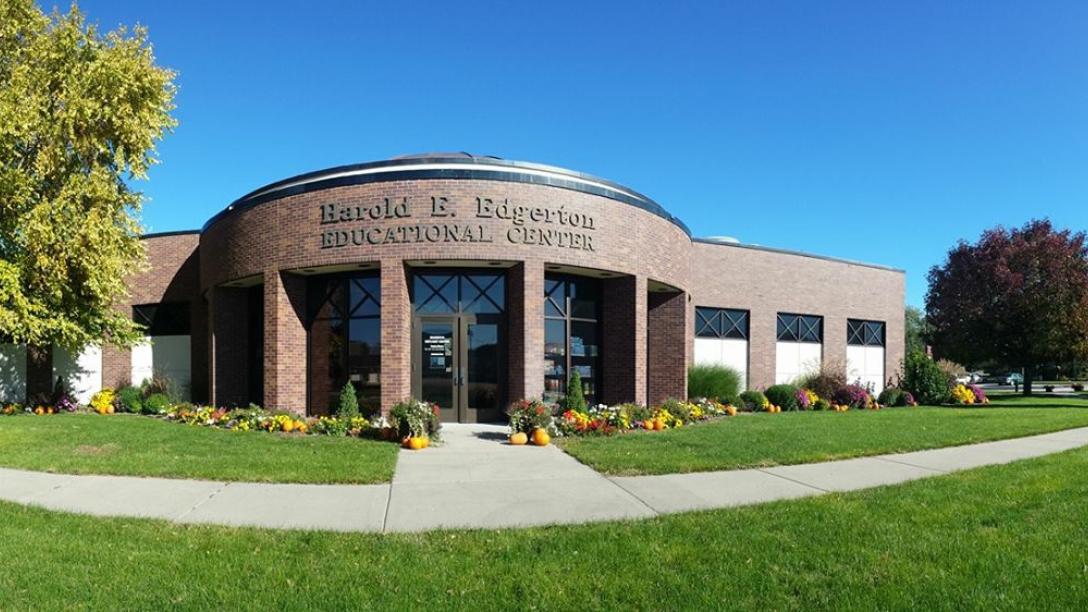 Address:
208 16th St
Aurora, NE 68818
Phone: (402) 694-4032
Social:
The Edgerton Explorit Center, Nebraska’s center for hands-on science, is located on Highway 14 in the southeast part of Aurora. The Center’s namesake, Harold "Doc" Edgerton, grew up in Aurora, Nebraska, and became a pioneer in the fields of science, engineering and photography. He would later be named one of the fifteenth most influential inventors of the 21st century for his groundbreaking and visionary applications of technology in fields ranging from stop-motion photography to military intelligence to oceanography. Noted at the Massachusetts Institute of Technology (MIT) for over 63 years as a researcher, professor, and program director, “Doc” Edgerton once said, “The trick to education is to teach people in such a way that they don’t realize they’re learning until it’s too late.” The Edgerton Explorit Center continues his legacy both through the center and through our educational programs which follow his philosophy. The center features four primary exploration areas: The Explorit Zone, The Theatre, Strobe Alley and our Edgerton On The Move Program which takes our science programming on the road to all 93 counties in Nebraska. Explorit Zone With help from grants, donations, and support from our community we have added over $180,000 worth of exhibits to our Explorit Zone in the past two years. Exhibits include Giant Bubble Tubes, Digital Microscopes, Mars Rover, and Flight Simulator with a motion platform, Interactive Projection System, and a Brain Bike. The center is continually changing and updating the Explorit Zone to make it fresh and new throughout the year for repeat visitors. Exhibit being added this fall are an augmented reality sandbox of which there are only 5 of in the United States and 19 in the entire world and a virtual reality exhibit so more exciting things are to come. The Theatre Visitors of all ages become fascinated with the world of science while experiencing interactive science presentations demonstrated by the Edgerton Center’s educators/mad scientists. . The theatre is open for bus and group tours and during special events. Strobe Alley & more Strobe Alley features the life and work of Harold “Doc” Edgerton. The alley is the home of Edgerton’s historic photographs, including the famous “milk drop” photo and the “bullet passing through an apple,” as well as some replicas of his laboratory equipment. The Edgerton On The Move Program The center’s traveling science program, Edgerton On The Move Program travels to schools, libraries, special events and festivals in all 93 counties of Nebraska. Programming can consist of a science demonstration to a Science Discovery Day which includes our traveling Explorit Zone with 30 hands on exhibits for students to interact with and up to six demonstrations. The center in Aurora and the Edgerton On The Move Program served over 160,000 students, individuals in 2014 and are on pace to surpass those numbers in 2015.
General Amenities
Find Nearby Lodging
See All Lodging
Find Nearby Restaurants
See All Restaurants