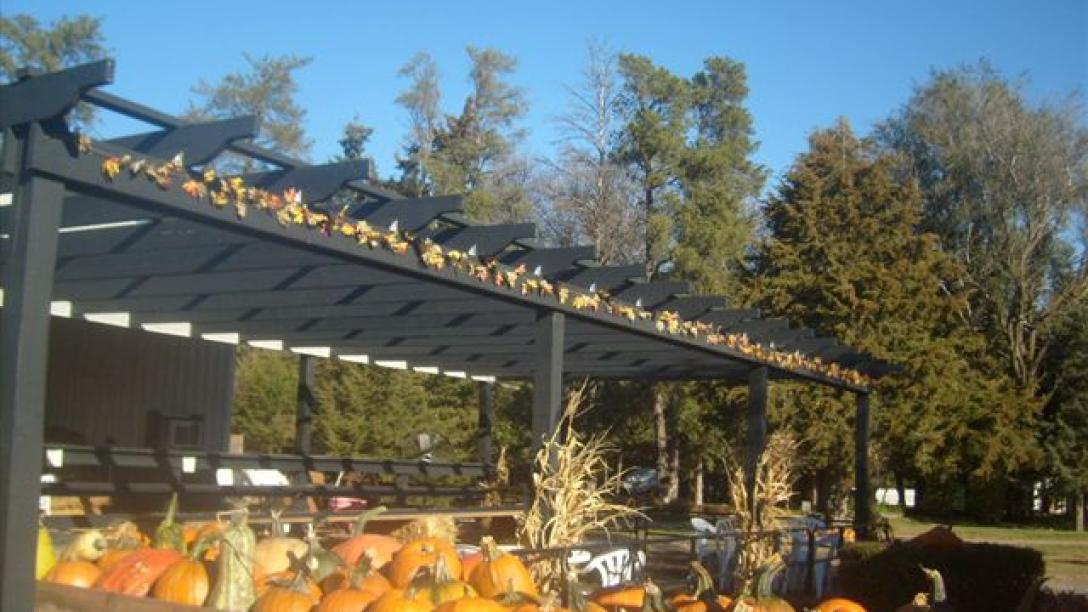 Address:
55275 837th Rd
Norfolk, NE 68701
Phone: (402) 379-0455
Poppy’s Pumpkin Patch is located south of Norfolk, Nebraska. It is an on the farm, family business that sells fresh home grown pumpkins and squash while offering family style entertainment at a reasonable cost. It included a hay bale maze, petting zoo, and the 1/2 mile nature walk. In the fall of 2000, new items were added and expanded upon; a corn maze, a train ride, a look-out tower, a duck and chicken barn, a Bunnyville, and many other activities. In the fall of 2001, a pig race and a jail house were added. A country café was added also. For the year 2002, a tree house, play ground equipment, and kid’s race track were added. The 2003 year, a timber wood maze and a dress-up house was added. In the fall of 2004, pony rides and hay rack rides were added to the patch. The 2005 year, a boat ride across the pumpkin pond was added. The pond is next to a hand made log cabin.
Find Nearby Lodging
See All Lodging
Find Nearby Restaurants
See All Restaurants