National monuments, historic sites, historic trails and recreational and scenic rivers make up Nebraska's can't-miss national parks. Check out the list below to help plan your next Nebraska adventure. 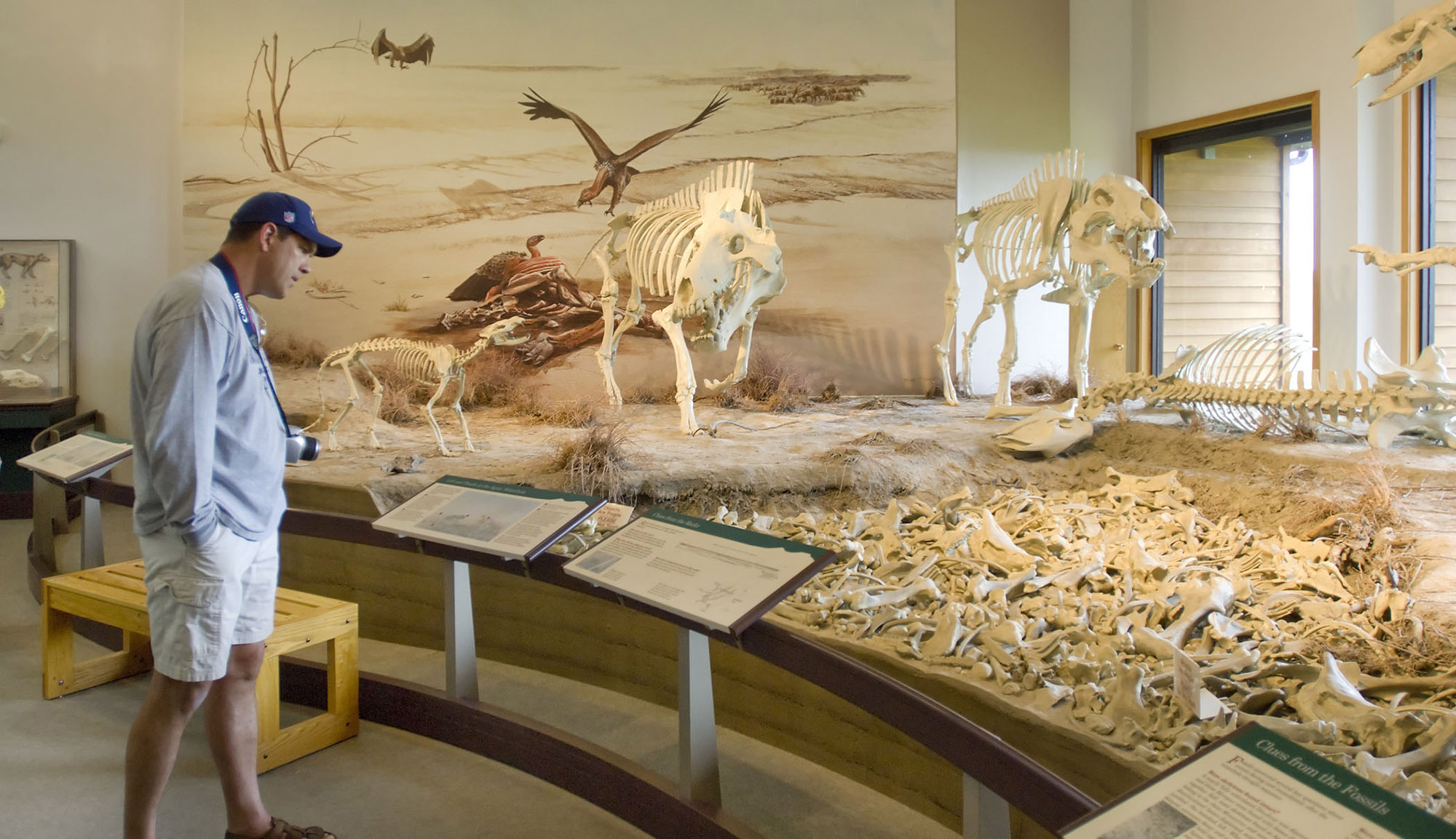 Harrison
Be on the lookout for fossils as you explore the trails of Agate Fossil Beds National Monument. This historic excavation site features displays on Miocene fossils, as well as Native American artifacts at the Lakota and Northern Plains Indian exhibit. 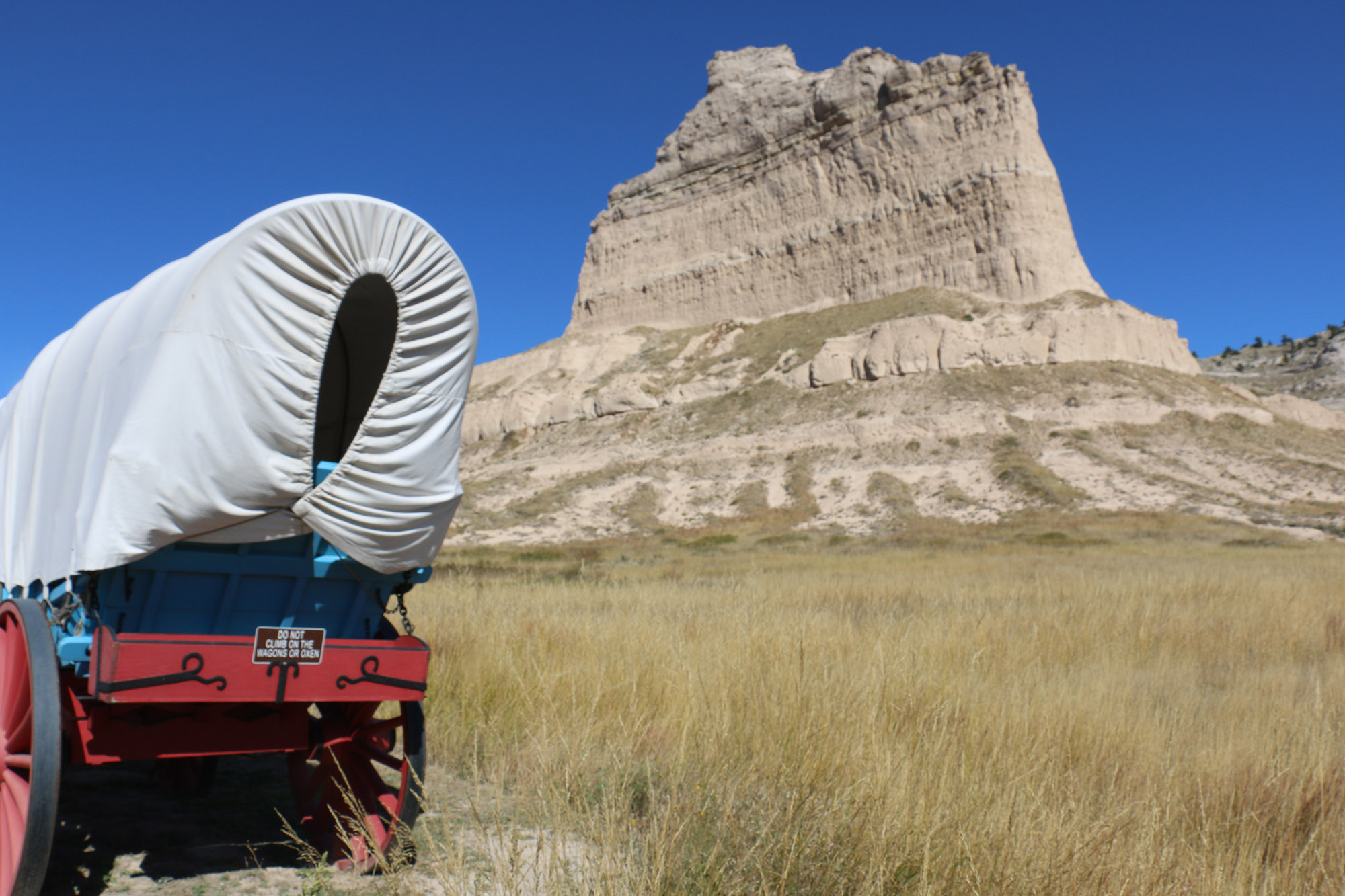 Gering
Follow the footsteps of the pioneers at Scotts Bluff National Monument. Pioneers once used the bluff as a landmark to help guide them on their journeys. Today, you can drive to the top of the bluff via the Summit Road to take in awe-inspiring vistas of this 3,000-acre site. 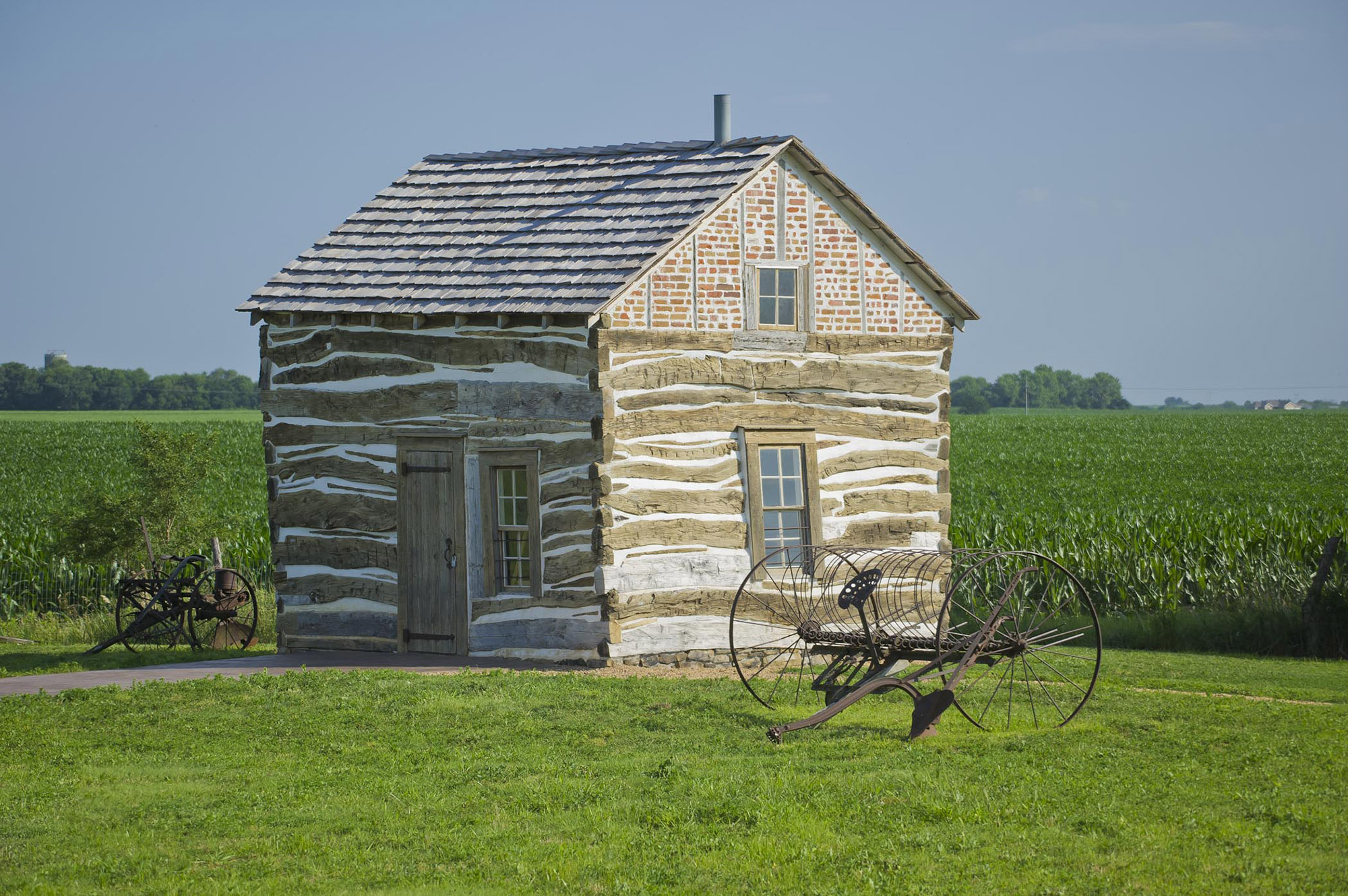 Beatrice
Visit Homestead National Historic Park to learn more about the Homestead Act of 1862 and how it reshaped our nation. Through an interactive museum and an award-winning film, the Homestead Heritage Center will take you through the history of our nation’s westward expansion and the lives of those who settled these rugged frontiers. 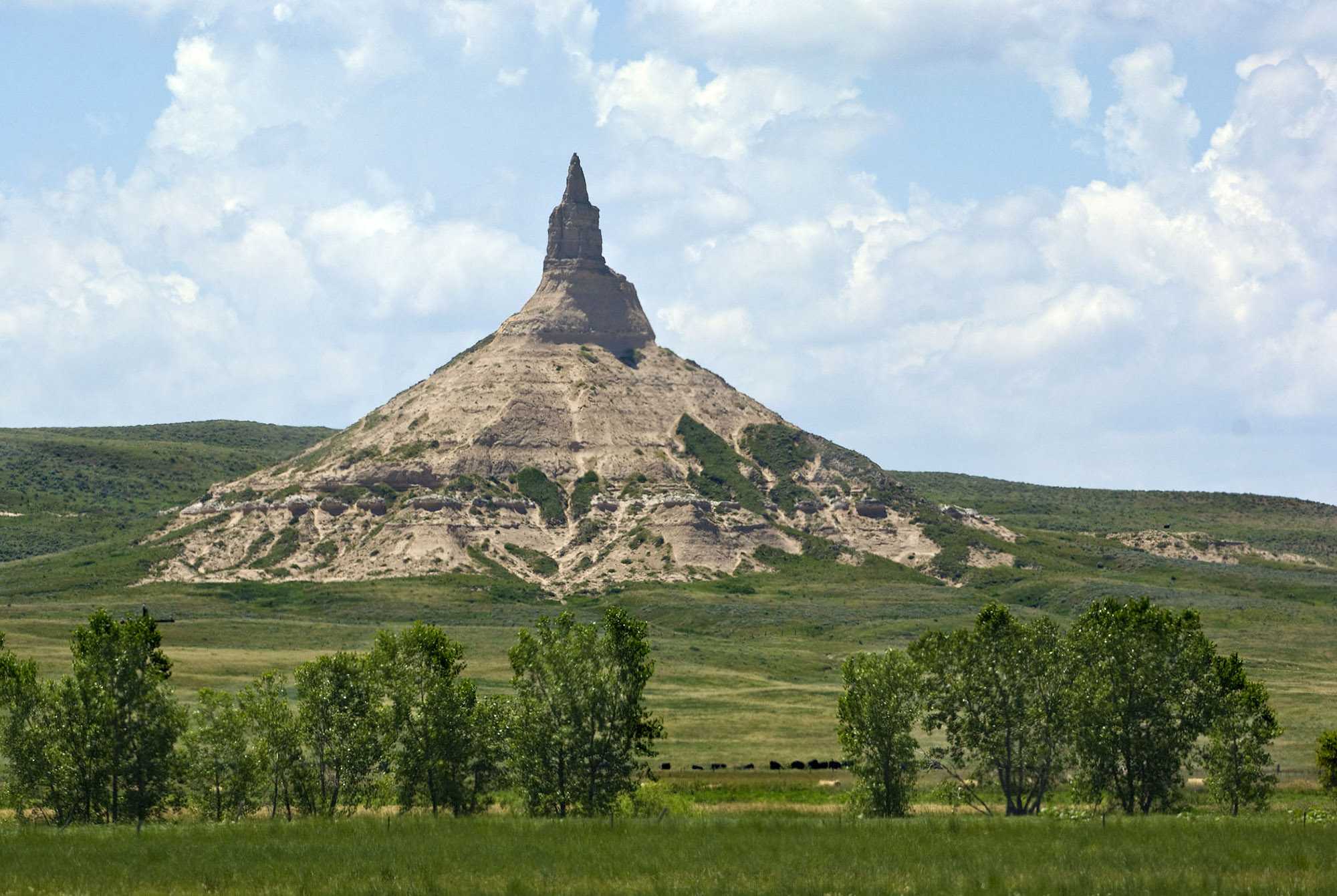 Bayard
This awe-inspiring rock formation served as another landmark for pioneers as they traveled the various trails west. To learn more about this natural monument and the journeys of these brave emigrants, visit Chimney Rock National Historic Site and Chimney Rock Museum.

Across the State
Follow along the routes of the Lewis and Clark Expedition on the Lewis and Clark National Historic Trail. This 4,900-mile trail extends from Pittsburgh, PA across the country to Astoria, Oregon. Learn more about this historic journey by visiting the Trail Headquarters Visitor Center in Omaha.

Across the State
Ready to explore the Oregon Trail? This famed trail stretches over 2,000 miles across six states. Track the routes taken by American settlers as they moved west in search of land and prosperity. Along the way, be sure to stop at the Legacy of the Plains Museum, Homestead National Historic Park and The Archway to learn more about the Oregon National Historic Trail. 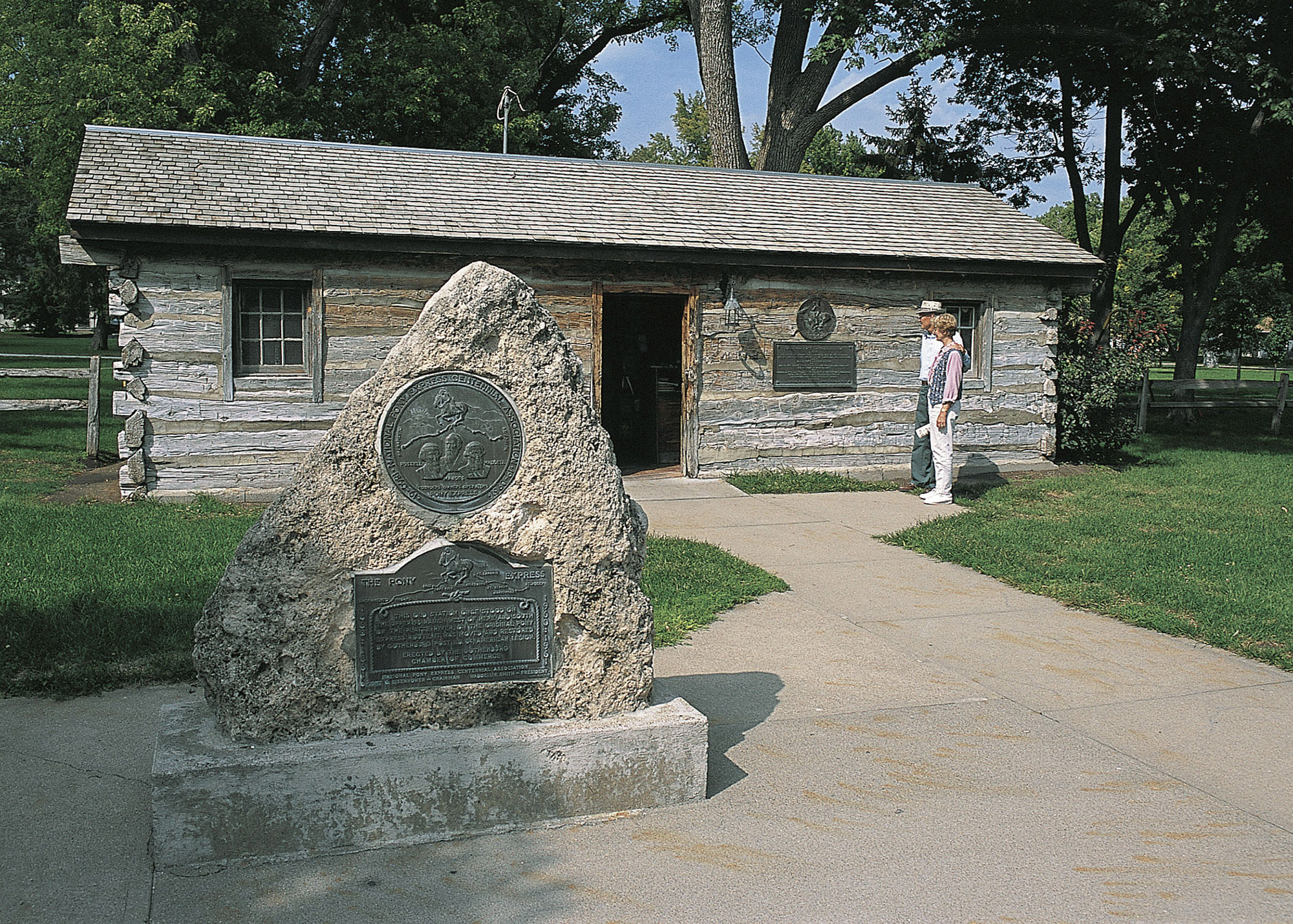 Across the State
Before the telegraph, couriers would carry letters across eight states, from Missouri to California, over 1,800 miles in 10 days. This long-distance communications network was known as the Pony Express. Follow along the Pony Express National Historic Trail to discover the unique past of this historic relay system. Make time for stops at historic sites, like the Pony Express Station in Gothenburg and Sidney’s Pony Express Monument.

Across the State
The Mormon Pioneer National Historic Trail stretches from Nauvoo, Illinois to Salt Lake City, Utah, following the route taken by thousands of Mormons as they fled religious persecution in the late 1840s. The trail includes stops throughout Nebraska, like the Mormon Trail Center at Historic Winter Quarters and Mormon Pioneer Cemetery in Omaha.

Across the State
Follow the routes of the “forty-niners” as they made their way to California in search of Gold. California National Historic Trail follows the greatest mass migration in U.S. history. Follow along this 5,000-mile trail. As you make your way across Nebraska, be sure to hit stops, like Fort Kearny State Historical Park, Scotts Bluff National Monument and Chimney Rock National Historic Site, to learn more about pioneer history and westward expansion. 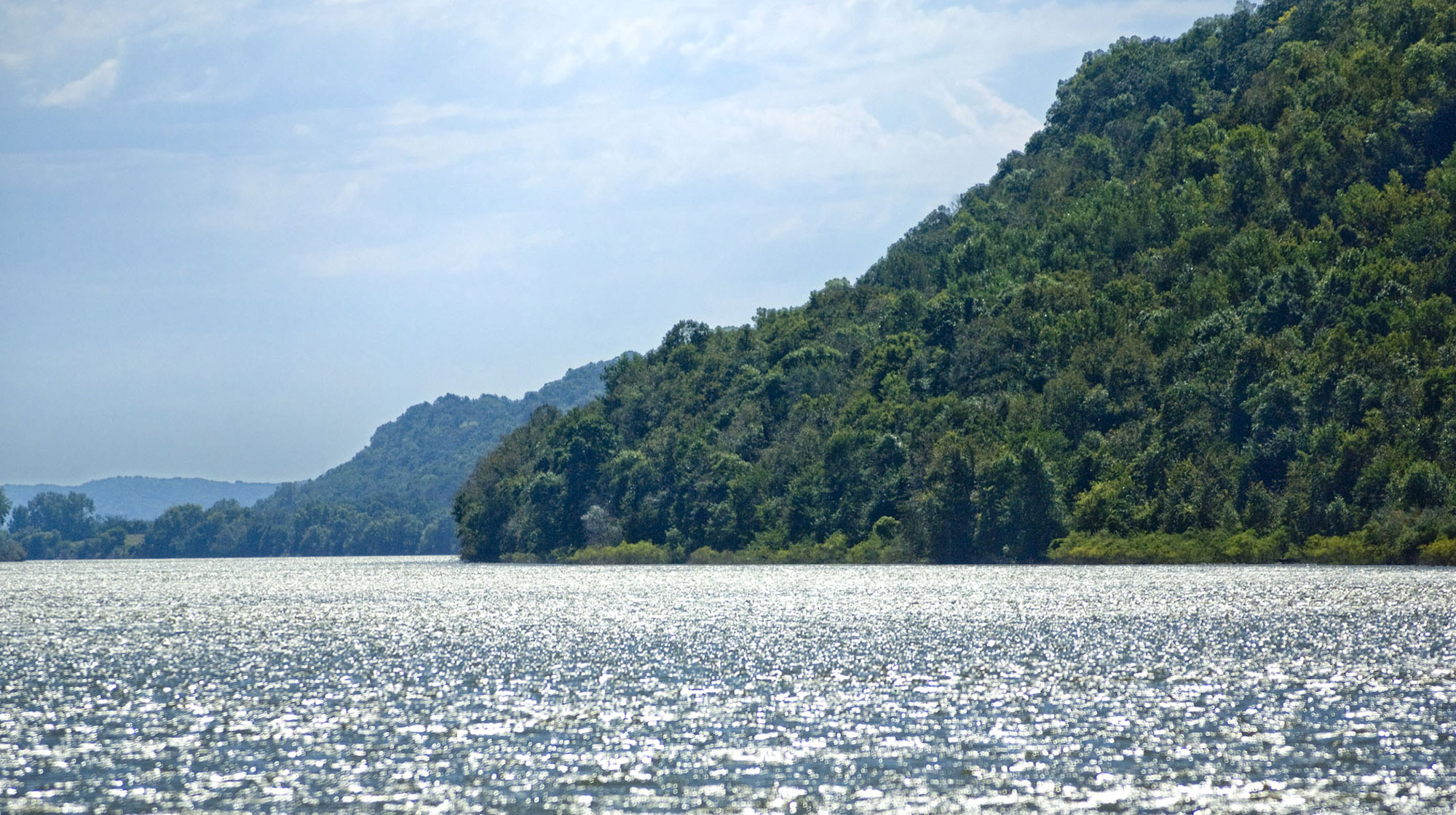 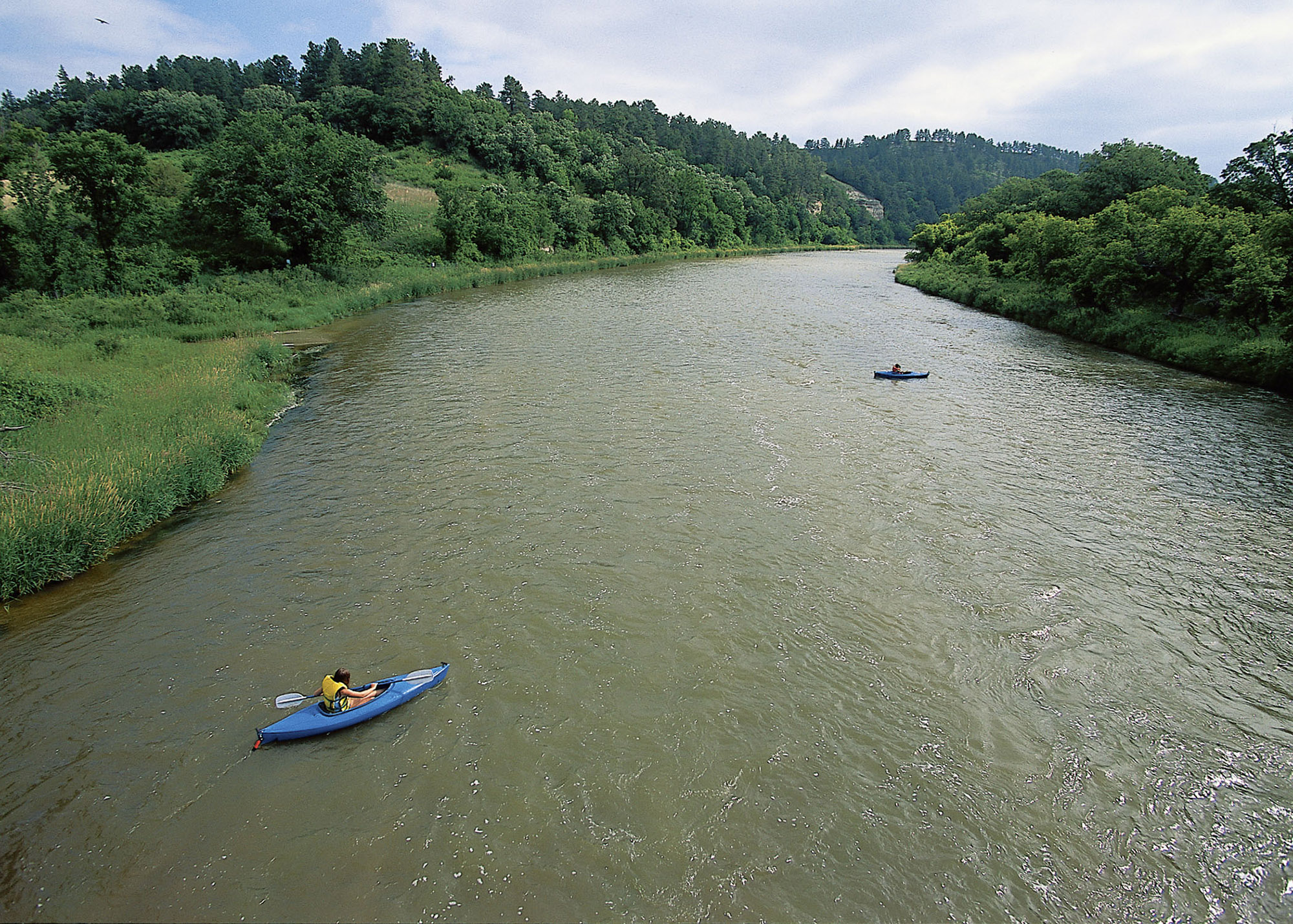 Valentine
Looking for more river recreation? The Niobrara National Scenic River offers all kinds of outdoor fun while giving visitors a firsthand look at the area’s cliffs, rock formations and 200-plus waterfalls. Plan a camping trip along this 76-mile scenic river to immerse yourself in Nebraska’s great outdoors. 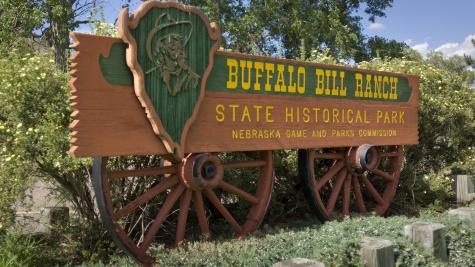 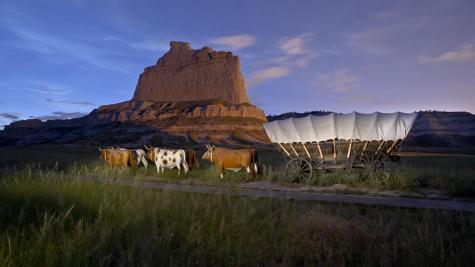